5 Construction Disasters That Could Have Been Avoided

There have been many instances that have highlighted how important building regulations are, how materials matter, and why you need to use the best manufacturers. Here we look at times when these factors were overlooked, and disasters occurred.

This was a disaster that ended up killing 61 people. The tragedy could have been avoided, but due to a negligible act as a mezzanine floor was built without any of the required permission, the worst occurred. When the fault was found, many families were asked to leave the property.

With unaffordable rent prices though, many residents decided to stay and succumbed to the collapse that occurred. It shows how important building regulations are, as they ensure the safety of everyone involved.

This was another building collapse that happened in India and again it involved constructors not appreciating the law. Without an occupancy certificate and before the building was even completed, they gave residential space to workers and their families. 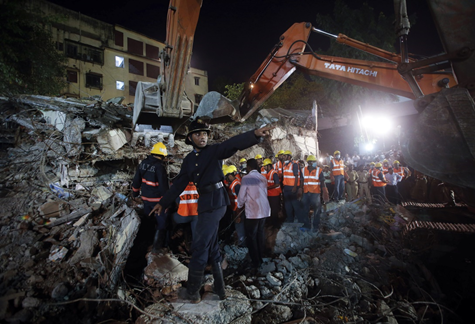 That obviously didn’t end well as the building collapsed in 2013, killing 74 people in the process. To ensure justice was served on failing to follow the correct guidelines, 15 people including builders and engineers were charged.

Using the right materials and components, like zinc hex cap screws and BACO cap screws from a company such as BACO Enterprises, is vitally important. So is having reliable cooperation and collaboration between different companies and departments.

The deaths of 114 people here were simply caused by terrible communication, as a late style design wasn’t followed up with engineering checks. This meant that walkway supports were subjected to double the force they were originally designed for, causing them to fail.

This is one of the worst disasters in recent history, as 502 people were killed when a five-story mall collapsed in South Korea. The structure was poorly built, and cracks started to appear in the roof, presumed to be caused by the air conditioning units.

The problem wasn’t solved, and the cracks widened. This caused the roof of the building to collapse. Once it did, the rest of the building followed, folding like a house of cards until it was all reduced to a pile of rubble and the results of structural neglect couldn’t be denied.

This disaster was even worse than the previous, killing 1,129 people in a Bangladeshi building that contained factories, shops, and a bank. Not only were the upper four floors built without a permit, but they also weren’t designed to bear the weight of the factories, equipment, and operations.

Even after inspectors had requested that the building be evacuated, factory workers were sent back to work and were left stranded when the building collapsed. As the inspectors dreaded upon discovering the issues, the building indeed collapsed with the heavyweight and vibrations of the machinery.